On May 23, a proposal from FTX.US on direct derivatives clearing will be the subject of public discussion.

According to a source acquainted with the Commodity Futures Trading Commission’s (CFTC) plan, the FTX petition to directly clear the transactions of its derivatives customers will receive an informal hearing on May 23.
The corporation and others with a stake in the decision will be invited to a public roundtable after the 60-day public comment period ends on May 11, according to the source, who spoke on the condition of anonymity because the event has yet to be advertised. The open debate will allow supporters and opponents to voice their opinions without the formality of a hearing.

Steven Adamske, a spokesperson for the Commodity Futures Trading Commission, declined to comment on the idea, and an FTX official could not be reached for comment.

Chairman Rostin Behnam said his agency is proceeding cautiously with FTX.US’s application to allow its trading platform to immediately clear derivatives backed by the margin. He speculated that the proposal may be the first of many and that if allowed, it would have far-reaching consequences. The industry, on the other hand, has been upbeat about Benham’s recent congressional testimony.
“This concept might end up leading to more effective trade execution, less risk in the system,” Behnam told legislators at the House Agriculture Committee last month, adding that he’s supposed to support “responsible innovation,” and FTX’s notion doesn’t appear to breach commodities regulations.

When the Dodd-Frank Act was passed to prevent a repetition of the 2008 financial crisis, the CFTC hosted more than two dozen roundtables to draft a slew of new rules. This time, the agency is debating the crucial crypto issue with a new set of commissioners, four of whom were sworn in between March and April following recent Senate nominations.
FTX’s approach “would minimize the over-reliance on the present gatekeepers to trading markets,” according to a letter from the owners of BlockTower Capital. However, the comment period is still open for three weeks, and the idea is anticipated to be met with opposition from more established exchanges. 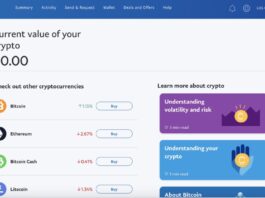 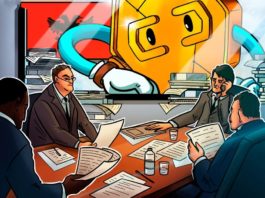 ABOUT US
Dua Crypto promises to be a fair and objective portal, where readers can find the best information, recent cryptocurrency news.
Contact us: support@duacrypto.com
FOLLOW US
© 2020 Dua Crypto ฿