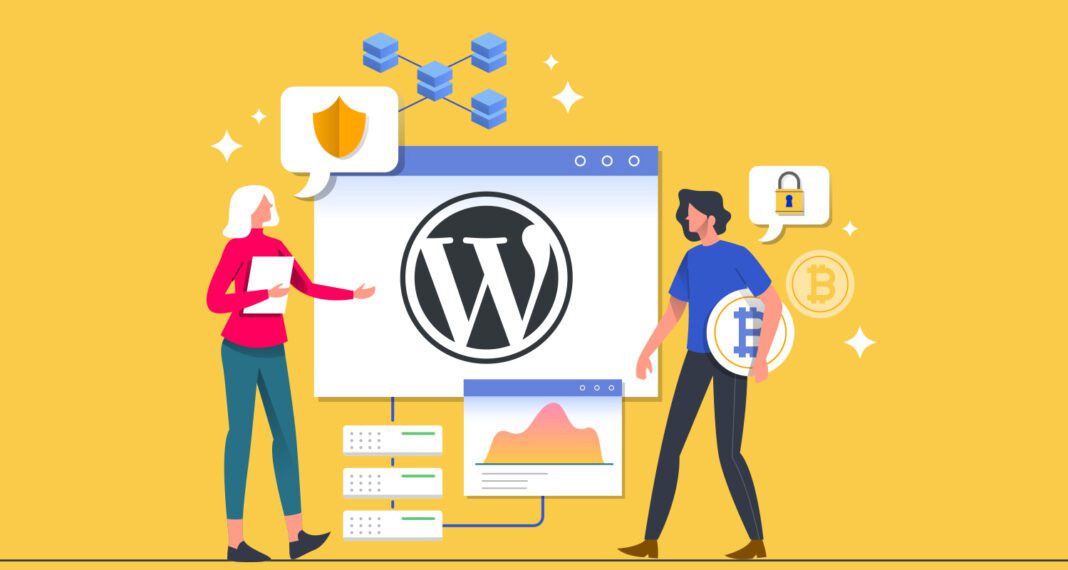 On May 27th, 2003, a little known content management system named WordPress launched its first available download version. At the time, we didn’t know that WordPress would fundamentally change the web.

Since then WordPress has grown, democratizing the web, by making it easy for anyone to make a website with no development skills required. In fact, if WordPress didn’t exist, neither would 1/3rd of the internet we know and love today as roughly 33% of all sites run on WordPress.

At Rue, we strongly believe in the future of Web 3.0 — a decentralized, trustless world fueled by blockchains. But, just like with Web 2.0, the major barrier is the ease of creation and usability. Any decentralized system can only succeed when we remove the barriers to using it.

That’s why for our first public product, we’re announcing The Rue Framework:

The Rue Framework is a plugin system for WordPress that transforms any WordPress site into an easy way to build decentralized applications, leverage web3js to communicate with user wallets, create Ethereum Smart Contracts from a modular no-code interface and deploy tokens without coding.

The Rue Framework makes it easy to decentralized components of traditional websites, to bring the advantage of blockchains to everyone.

While assets and contracts are published to the Ethereum blockchain, we also publish a mirrored copy to The Rue Network a layer2 plasma sidechain for Ethereum, which allows applications built with The Rue Framework to transact at consumer-scale without lengthy confirmations and with minimal costs.

In the proud traditions of WordPress and Blockchain startups, The Rue Framework will be open-source, but, even more importantly it will be extendable.

We’ve designed The Rue Framework so that other developers can take advantage of the system to create their own themes, templates, plugins, and smart contracts on top of the framework in which users will be able to browse in a unified marketplace.

Unlike other blockchain projects, The Rue Framework doesn’t believe we need to reinvent the wheel. Rather than build our own systems, plugins, and themes our framework is being designed from the bottom-up to support some of the great systems you know and love:

Our integrations are only the start of what you can build with The Rue Framework. While experienced WordPress developers will be able to use Rue’s ecosystem to build truly blockchain product, smart contract or dApp our early access developer community and in-house team are already starting on other pre-built scripts and modular smart contract elements to help you build including:

While we’re starting with Ethereum, our tools are designed in a scalable way that will allow us to integrate the system with any blockchain so users can pick which chain they work on in the future. This will include support for chains like EOS, IOST, Tron, and Stellar as well as limited support for non-smart contract chains like Bitcoin, Binance Chain (BNB),

If you want to try The Rue Framework before anyone else, be sure to join our waiting list for an invite to our Alpha tests happening later this year.

How to protect against hacks with Nexus

How to protect your ETH with Opyn