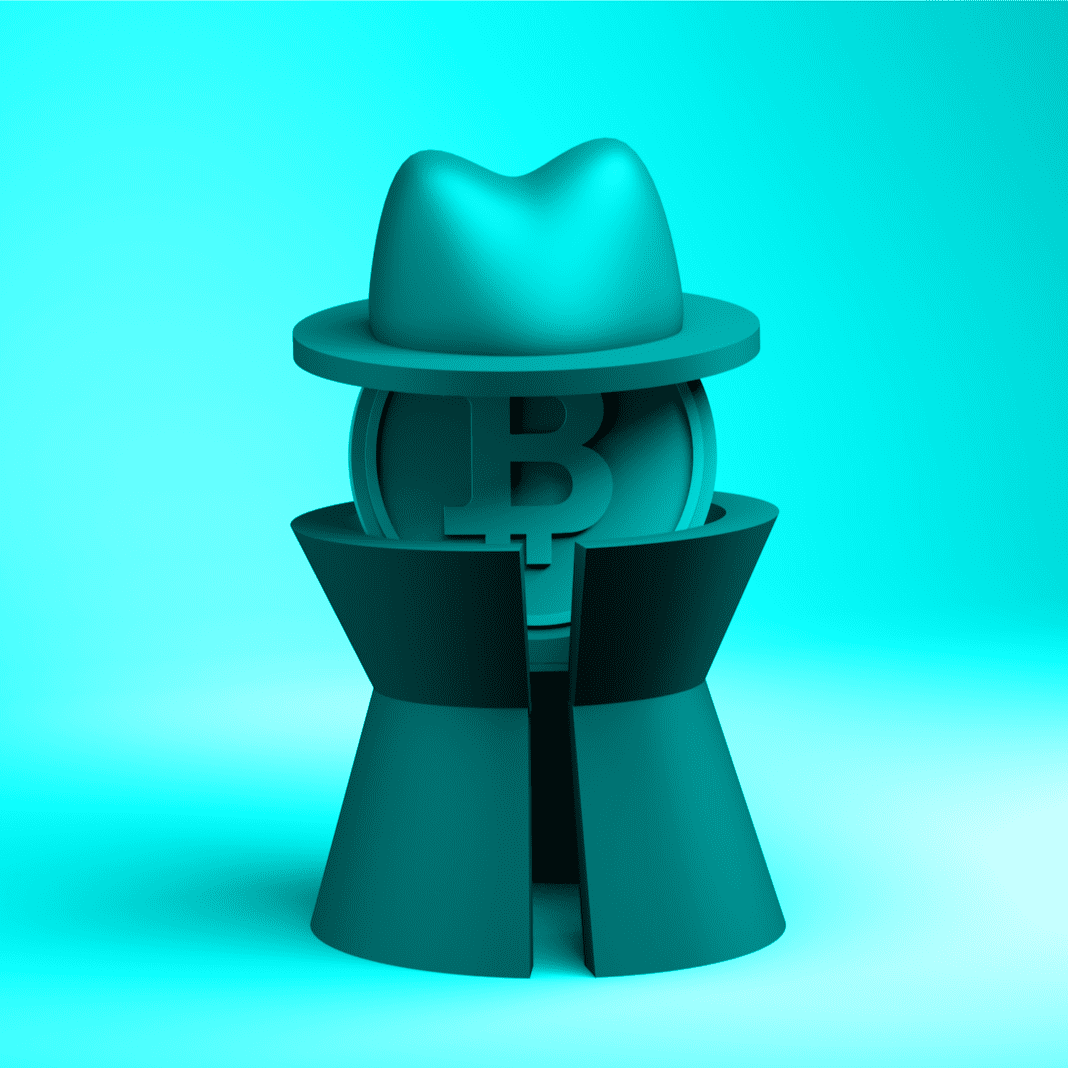 Facebook
Twitter
Pinterest
WhatsApp
As with any topic related to cryptocurrency, there is no easy answer. There are now many thousands of coins and each one has different properties to others, which can create some confusion. Understanding cryptocurrency anonymity requires some nuance which we will explain below.

As with any topic related to cryptocurrency, there is no easy answer. There are now many thousands of coins and each one has different properties to others, which can create some confusion. Understanding cryptocurrency anonymity requires some nuance which we will explain below.

Bitcoin was the first crypto and in the earliest years, it was considered to be anonymous. The very first use cases were buying and selling (mostly illegal) goods online via dark markets. The first dark market was called the Silk Road and had a reputation for having anything for sale. Imagine a global eBay for criminals.

In those early days, Bitcoin was the coin of choice for buying and selling. A Bitcoin address is a long string of numbers and letters (both upper and lower case) which people believed made it impossible to trace. While each wallet address is unique, they all look the same because we humans do not process random strings of numbers and digits easily. However, wallet addresses are not actually anonymous — they are pseudonymous, which means that they act as a placeholder for the wallet owner’s identity.

What Is Chain Analysis?

When Silk Road founder Ross Ulbricht was arrested by the FBI, they were careful to ensure that he was arrested with his laptop open and that he was signed into the admin system — they needed to physically connect the man with his online presence.

That market had been a middleman to process transactions, which meant that the FBI was now able to link together buyers and sellers and their Bitcoin wallets. While there were many thousands of wallets at that time, this provided the launchpad for authorities to analyze the blockchain and connect wallet addresses with real people and their real addresses. The process of connecting these dots is known as chain analysis and is now a widely used process to track criminal transactions.

In the years that have passed since then, governments have brought cryptocurrency exchanges under the law and required them to be regulated. With this, exchanges and (if required) governments have access to purchase and sale records and any transactions that send coins off the exchange. While this is obviously far from complete, it does make it possible to fill in many of the blanks and understand much more about who is doing what. At the time of writing in 2020, Bitcoin is by far the most analyzed cryptocurrency chain.

Is It Possible To Buy Bitcoins Anonymously?

At this point, it is worth pausing to consider that there are four main actions that can be taken with Bitcoin or any coin. They are buying, selling, sending, and receiving. Buying and selling are actions that are typically made in exchange for fiat currency, such as the US dollar or euro. Sending and receiving would normally happen with a third party in exchange for some goods or services.

When it comes to the buying and selling processes, it is now very difficult to do this anonymously. Since the majority of exchanges are now registered and regulated businesses, they keep records of funds being sent to wallets. However, there are some services that match buyers and sellers for in-person transactions for cash. The first and most famous of these services is LocalBitcoins.com — a peer-to-peer site for exchanging cryptocurrency for fiat. However, the most anonymous form of exchange — meeting a stranger and handing over cash in exchange for crypto — is no longer supported on LocalBitcoins due to their growing adherence to regulations.

There has been government scrutiny of services with less stringent know-your-customer requirements because it can be argued that there is the potential for money laundering or tax evasion. The result is that most sellers and buyers now transact via bank transfers, which is not anonymous, should a government choose to investigate.

For example, the 2020 Bitcoin Twitter hackers were caught when they sent some of their stolen Bitcoin through Coinbase — chain analysis by authorities, using Coinbase’s customer data, was able to match an address with a person.

What Does A Bitcoin Mixer Do?

Since the earliest crypto enthusiasts were libertarians, this reduction in privacy was the catalyst for the creation of coin mixers. A coin mixer is a service that shuffles coins through a number of addresses for a small fee. They are also known as tumblers. The shuffling happens with other coins from other people who also want to use the same service. While this does not guarantee anonymity, it makes tracing coins incredibly difficult, which is almost the same thing.

However, as the cost to transact on the bitcoin chain increased in 2017, fees to use a mixer service increased substantially. Today, mixer services still exist but are used much less frequently because of the cost. There are mixing services on other blockchains where the costs to transact are lower. A good example of this is CashShuffle.com on the Bitcoin Cash blockchain.

One other privacy-related aspect that is either a real strength or weakness of Bitcoin and other crypto-assets is that their blockchains are public. It is possible to view the transactions on every block, forever. This also means that it is possible to see the transaction history of each and every wallet. This is the equivalent of having a public record of transactions for every bank account in the world, forever. Needless to say, this is a very long way from anonymous.

The end result of this transparency is that there are websites that display up-to-date records of the Bitcoin wallets that hold the most coins. This is known as The Bitcoin Rich List. These rich lists exist for other coins too.

Since Bitcoin was the first, there have been coins issued with innovations that are designed to limit this amount of transparency. Perhaps the best of these coins is Monero. It is very complicated to explain in a beginner guide, but there were technical innovations that make it impossible to view wallet balances and so there is no Monero rich list.

What Is The Most Anonymous Cryptocurrency?

There have been a number of coins created with varying levels of privacy and anonymity built-in at their inception. The main two privacy coins are Zcash and Monero.

Zcash has some excellent privacy features for shielding transactions; however, these features need to be activated by users and research has shown that only a very small proportion of transactions have these features. Privacy on a blockchain is enhanced when most or all transactions are private.

Monero has privacy features in place for all transactions and the blockchain which means that there is substantial anonymity in place.

If reading this short description has made you more interested in the technology behind privacy on cryptocurrencies and you are feeling brave, I suggest that you do some further reading and research. Googling the terms “zk-SNARKS explained” and “zk proofs explained” will open up a whole new world of technology. Good luck!

Should I Get My Salary in Crypto?

​What Can You Buy With Bitcoin?