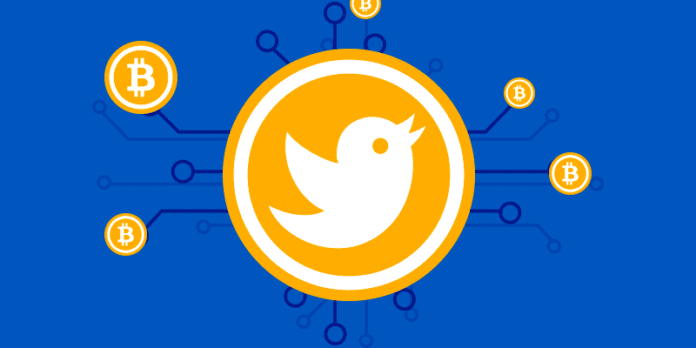 Twitter CFO Ned Segal appeared on CNBC to talk about the recent frenzy around Bitcoin post-Tesla’s $1.5 billion purchase. Segal during the interview revealed that their company is currently considering a lot of things around Bitcoin that include paying employees salary in Bitcoin, giving merchant salary in Bitcoin, and also adding Bitcoin to their company’s balance sheet

Tesla’s Bitcoin investment has given rise to a lot of speculations around other multi-billion dollar institutions joining the bitcoin league. Some rumors suggest Oracle could be the next institution and now Twitter CFOs comments are only going to fuel the speculations further.

Billionaire VC Says US Dollar Is Caught in “Deflationary Spiral” As BTC Approaches $9,000

In case something goes wrong during the exchange, we might need a refund address so we can return your coins back to you

You send
1btc
1 BTC ≈ 53.201195 ETH
You get
≈
0xcC12d027dCe8E5AB896ac64b7811b267
estimated arrival≈ minutes
refund address
destination tag
You send to address
tx id
You get
to address
destination tag
Awaiting payment
Waiting for exchange
Sent to your wallet
Error during exchange.
Funds for this transaction will be returned to the sender's address or the specified refund address.
Error during exchange.
Please contact support.
Exchange completed.

How to Buy Books with Bitcoin