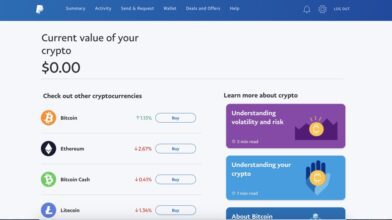 Americans are buying and selling some $20 million worth of bitcoin every day on PayPal after the latter began offering its service just last month.

Now, around $25 million is traded a day, suggesting demand has increased by $20 million in the past three weeks.

PayPal has some 346 million users and plans to expand bitcoin services to its 26 million merchants.

Something that is likely to make ubiquitous the acceptance of bitcoin for payments, marking its beginning towards the mainstream.

Bitcoin’s price has risen considerably since PayPal’s announcement when it stood at $11,600. Now it is trading at more than $16,000.

There are many other factors for its rise, but the ease of diversifying into crypto now facilitated through PayPal is most likely one of those factors.

Not least because PayPal purchases are now sufficient to cover all the daily bitcoin mining, and that’s while it is still limited to just the USA.

PayPal stated they plan to expand their bitcoin offerings to Europe and other jurisdictions next year, with it to be seen how that will affect demand.

PayPal itself has not announced official data, but one way to see how volumes are moving is by tracking Paxos’ itBit.

As Paxos is PayPal’s official partner and its custodian, one can reasonably guess what influence PayPal is having by looking at the data, with it currently standing at $20 million a day.